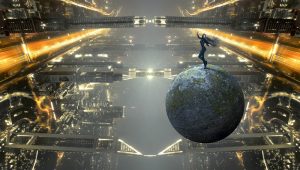 This week, as part of its latest SuccessFactors update, SAP unveiled the SAP SuccessFactors People Central Hub solution. In SAP marketing speak, according to Greg Tomb it will: “help customers turn purpose into performance by unlocking their people and organizational data.” However, what it has provided is a view of the underlying software architecture that SAP has created across its cloud software solutions. That picture is not yet complete, but it has taken a big step forward.

SAP is in the process of moving its different cloud applications database back end to SAP HANA. That work is not yet complete, and new products will be added to the diagram below when it does we suspect.

What is the SAP focus

The new hub will provide an integration point for people data. It is not a new HCM system nor will it allow access for users to amend or update information. Instead, it draws together the relevant data from different products about people. It is effectively a virtual repository of people data that can be accessed using API’s presenting information on tablets, mobile devices or desktop computers.

It allows customers to draw information from legacy HR solutions, including SAP ERP HCM. The data can then be presented to both SAP applications such as SAP FieldGlass and S/4HANA as well as new mobile applications.

This technology is similar to Infor Ion, which is used as the transport mechanism between different applications. For SAP it is less about integrating applications though and more about providing a stepping stone to SuccessFactors.

While companies are able to use point to point integration solutions between SAP applications and third party applications, the hub provides more than that. Customers deploying the hub can use it as a first step to their migration from the legacy product to SuccessFactors Employee Central.

The hub will also connect to modern 3rd party products. However ET could find no information about which third party cloud or legacy products the SAP SuccessFactors People Central Hub is already connected to.

Also in the update

SAP SuccessFactors has partnered with Thrive Global to provide access for employees to thought leadership, best practice and guidance content. Founded by Ariana Huffington, the wellness start-up aims to educate people about wellness and performance.

SuccessFactors has also improved functionality in many areas. Wilson highlighted four of these:

Another improvement included, but not mentioned by Wilson, is data encryption through an agreement with CipherCloud. This is aimed at organisations in federal governments, public sector, and financial services. The full set of new features in this release can be found here.

This is a smart move by SAP. It provides a piece of middleware that de-risks some of the high risk migration paths that companies have encountered when moving to cloud-based solutions. For companies looking to deploy SAP S/4HANA they do not have to deploy everything at one. They can move the ERP solution but leave HCM alone for a later phase.

The features included in the new release are more evolutionary than revolutionary. It will be interesting to see how many take up the Thrive Global and Ciphercloud options. There was no information around any additional pricing for these though.

SoftOne is emerging from the birthplace of democracy

Five questions to answer for a successful ERP implementation