Enterprise Times
Home Blogs HPE Re-Discovers itself, but is it on the right track?
Facebook
Twitter
WhatsApp
Linkedin
Email 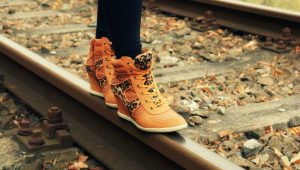 A little over two years ago HP was a $120 billion IT giant that could rival the likes of IBM. Its business included consumer and enterprise hardware, software and professional services. At HPE Discover in Madrid (28-30 November 2017) we saw a very different business.

A brief history of not much time

Not long after, the ES business joined with CSC to become DXC. Then, much of its software business went to UK ISV Microfocus. Leaving HPE with enterprise hardware, some software and a small services business.

HPE Discover was the first grand showcase of the new streamlined HPE. It was also the last Discover of Meg Whitman’s six-year CEO tenure. In February, current president Antonio Neri will take over the role. That transition may mark an end to a period of great change and volatility.

Neri will inherit a far smaller business than the old HP behemoth but he will also get a clearer strategy than the company has had for a while. The strategy is built around the company’s enterprise hardware business. HPE recognises that organisations (its customers) are moving to the Cloud but that this will take time and many will retain hardware infrastructure outside of the public Clouds – either in their own data centres or those of suppliers/partners.

While everyone recognises that we are in an age of hybrid IT (mix of infrastructure in and out of the public Cloud), HPE aims to supply the hardware that organisations will continue to run outside of the public Cloud. Such a strategy means that HPE’s competitors are no longer Microsoft or IBM but instead the likes of Dell.

When it comes to public Cloud, HPE has the benefit of being able to act in a more vendor agnostic way and so support customers who will want to use different (and most likely multiple) public Clouds. It is with this “honest broker” role in mind, that the company has launched its new OneSphere product – a tool for managing both on premise and multiple Cloud infrastructures.

Like the rest of the industry, HPE also recognises that not everything is going to centralise in the Cloud but compute and storage will still happen at the edge. Interestingly, HPE’s definition of the edge includes on premise data centres and not just the networking kit (such as routers and gateways) and Internet of Things devices that exist on, what one might now call, the very edge.

Essentially, HPE sees everything outside of Cloud as the edge and it aims to supply it: Whether that is through servers or networking equipment (through its Aruba capability). Of course, no IT offering can exist today without some Artificial Intelligence. Therefore, HPE’s edge is an intelligent edge powered by its own AI capabilities.

Finally, HPE knows well that its customer base (the enterprise) will need help to make all of this work coherently as part of a typical heterogeneous enterprise solution. For this, it has PointNext, its professional services capability focused on delivering high-value services that exclusively use HPE products – unlike the big, technology agnostic, outsourcing capability that went to DXC.

Cloud28+, an example of the strategy in action

HPE’s strategy is a sound one and sensible for the business that it is today.

The Cloud28+ initiative, that has been in market for some time, is showing good growth based on a version of this strategy. Cloud 28+ enables customers to adopt cloud solutions in a choice of infrastructure that suits them. Specifically, Cloud 28+ provides Cloud service discoverability and ease of deployment that supports critical organisational concerns (such as data sovereignty). HPE sells infrastructure to Cloud 28+ partners that make this flexibility and compliance possible.

Having untethered itself from OpenStack (which remains an option but no longer a requirement) and becoming more vendor agnostic, Cloud 28+ is an initiative that delivers value for HPE, its partners and customers.

A bumpy road ahead

There are challenges for HPE going forward.

While there is no doubt it has impressive hardware, that market is highly competitive with players that are bigger than today’s HPE. Recent figures predict that Dell will overtake HPE with respect to server revenue and shipments very soon. And HPE is no longer supplying to the big public Cloud vendors.

However, HPE has strength in certain verticals and is bringing to market products and services that focus on those areas. For example, its new Express App Platform is for manufacturers that want Cloud benefits in an on-premise infrastructure that is tailored to their specific needs and technology. Competing with the other big hardware vendors in specific niches is more likely to be successful than a broader market strategy.

HPE also needs to flesh out its hybrid IT software capabilities. OneSphere is a good start but is far too limited now. HPE needs to move quickly to demonstrate that such products have value over the long haul.

Finally, the business is going to need to show growth either in overall revenue or increased margins. Something it has not done in the latest results. There may be a temptation to divert from its new clear strategy as it looks for either quick wins or possible long-term growth areas. The danger being that it could simply become another variant of what the business recently was and struggled to succeed at doing.

Brighter futures for all

All the businesses that made up HPE 18 months ago face their own market challenges, but there is little doubt that they are each better placed for the future today than they were as a single entity back then.

HPE Discover in Madrid had a more positive vibe to it than other recent Discovers. Reasons for that could be: that the company sees an end to the recent turmoil; is entering a new phase with new leadership; has a clear strategy for the first time in a while; or Whitman’s leadership has been successful in carrying the remaining workforce with her into a very new look business to the one many will remember.

Now only time and a new leader will tell whether what has been one of the most dramatic corporate transformations in recent times is to be a success.

Clive Howard is a technology consultant and Entrepreneur with over 15 years’ experience in the web industry. He started his career as a developer in digital agencies before founding his own consultancy in 2002. The last 2 years have been spent delivering strategic “User Experience” improvement programmes that have enhanced business effectiveness and customer engagement.

The blog was written by Clive Howard. It was first published by Creative Intellect Consulting and is reused here with permission.

Could you be liable for someone else’s tax bill?

Avoiding the risks of vulnerable endpoints

MVE and the importance of integration

Why Businesses Should Start Prioritising Cybersecurity

GTP and The Evolution of Roaming