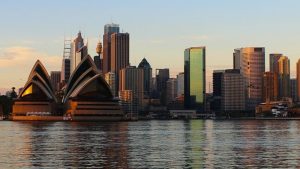 The Australian Stock Exchange (ASX) has announced its intention to replace its Clearing House Electronic Subregister System (CHESS). Its plan is to introduce  distributed ledger technology (DLT) developed by Digital Asset (DA). ASX operates and invests in the infrastructure needed to promote the stability and development of Australia’s financial markets.

In this context, CHESS is the 1990s system used by ASX to:

Peter Hiom, ASX Deputy CEO, said: “ASX has consulted extensively on the needs and priorities for replacing CHESS, including with customers, share registries, software vendors, other exchanges and industry associations. I am very grateful for their input and support. We’ve given over 80 DLT system demonstrations to more than 500 attendees, and conducted over 60 CHESS replacement workshops for more than 100 organisations from the global financial services industry.

“ASX has also formed a strong partnership with Digital Asset over the past two years, and we’re confident we have chosen the right partner. Together, we look forward to continuing to work with the industry as we finalise the requirements and the roadmap for implementation of the new system.”

ASX operates at the heart of Australia’s financial markets. It offers integrated listings, trading, clearing and settlement businesses in order to provide customers with:

It operates across multiple asset classes including equities, fixed income, commodities and energy. ASX is the global leader in A$ and NZ$ financial markets. It is in the top 10 securities exchanges in the world and has the largest interest rate derivatives market in Asia.

Founded in 2014, Digital Asset has over 135 employees in offices in New York, London, Zurich, Budapest, Sydney and Hong Kong. It has clients like the ASX and DTCC in the US. Since its launch, Digital Asset has acquired companies including:

In 2016, the firm became a founding premier member of the Linux Foundation’s open source initiative Hyperledger, to drive the adoption and standardization of Distributed Ledger Technology. Its CEO is Blythe Masters.

Why replace CHESS with DA DLT?

CHESS is proven system. Nevertheless, ASX is looking to move to a next generation post-trade platform using the latest technological base. Its decision to move to blockchain follows:

This testing has provided ASX with confidence in the functional, capacity, security and resilience capabilities of DA’s implementation of DLT. ASX expects the new solution to satisfy Australia’s financial marketplace needs while maintaining the best regulatory and operational standards.

The testing included two independent third party security reviews. This occurred in parallel with a stakeholder consultation program, including regulators. It is this which ASX believes enabled it to obtain a comprehensive understanding of what the market wants in a CHESS replacement.

ASX says it will now work with its stakeholders to finalise the scope of the initial functionality. This will draw on its extensive consultation that will continue in 2018 with ‘Day 1’ functionality and proposed timing released for market feedback by the end of March 2018. The transition period to the new system will be determined in consultation with stakeholders.

ASX will operate its new system on a secure private network where participant are:

The system design will be without access barriers to non-affiliated market operators and clearing and settlement facilities. It will give ASX’s customers choice as to how they use ASX’s post-trade services. In effect, customers:

ASX has examined DLT for over two years. It has moved, as one should expect, with caution to understand DLT’s potential application. Now it proposes to adopt DLT to replace the ageing CHESS.

While not yet in production – that may or may no happen in 2018 – this does represent a jump forward towards operational permissioned DLT. As Masters says: “After so much hype surrounding distributed ledger technology, (this) announcement delivers the first meaningful proof that the technology can live up to its potential. Together, DA and our client ASX have shown that the technology not only works, but can meet the requirements of mission critical financial infrastructure.”

Her words are more than a little OTT (over-the-top)  The “meaningful proof that the technology can live up to its potential” has yet to happen. But it is a large step closer.