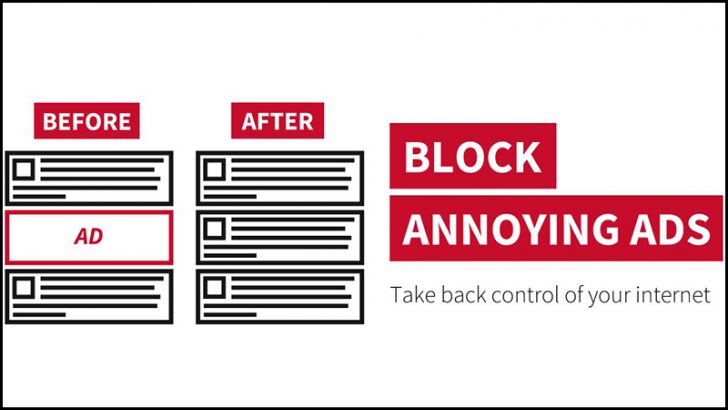 Adblock Plus has built a reputation around blocking annoying ads, blocking domains spreading malware and disabling tracking. It has been successful with versions for all the key browsers available on desktops, laptops and mobile devices. It’s success has led to a fake version of the app being downloaded from the Chrome Web Store. At present, 37,000 users are known to have downloaded the fake app. Once notified Google removed the app.

In a post by Ben Williams on the Adblock Plus website he said: “Thanks to @SwiftOnSecurity for alerting people to this….We’ve been following this story carefully, and were pleased to see how quickly the false extension was kicked out. It’s a bit troubling, of course, that it made it in there in the first place. Because of this we’ve stayed on top of would-be scammers for years now, so that you can trust what you’re getting is actually what you want.”

How can you tell the fake Adblock Plus app?

In William’s post he gives instructions for users to detect the phony app. He says: “one way to see if you have the real one is by going to Chrome > More Tools > Extensions. The phony app also shows up as an APP in the store – not as an EXTENSION, as ABP does.

“Once you’re there, find Adblock Plus and click Details. That will take you to the Chrome Web Store. Just make sure that the extension you’re seeing says ‘offered by adblockplus.org’” If so, you’re probably good.”

Users can also reinstall the extension directly from adblockplus.org.

Once again Google has been caught out by a fake app. There seems to be an inability at Google to spot fake apps or even validate apps are real before they get Chrome Web Store. This is not the only place where Google has problems with fake apps. The Android store has an ongoing problem with the various stores it runs. Despite Google removing the app quickly, it once again demonstrates Google’s inability to stop fake apps and malware appearing on its store. This is something that it really needs improve upon.

It also shows that scammers are aware of the challenge adblocking technology poses. It stops malvertising and other means by which they attack users computers. Anti-Virus vendors often find fake and hacked versions of their products on the Internet. Most of these have Trojans installed along with other malware. That doesn’t seem to stop people downloading them thinking that they have got something for nothing. In this case the attack was spotted quickly and remedied. What isn’t clear is whether Google has contacted the 37,000 users affected by this malicious version of Adblock Plus.