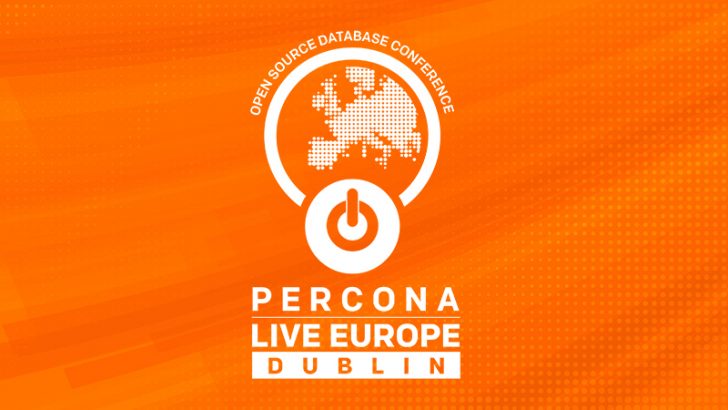 Open source database company Percona has made a raft of announcements at its European conference Percona Live in Dublin. It has announced the first experimental release of MyRocks with Percona Server for MySQL. In a separate announcement, Percona Monitoring and Management (PMM) 1.3 has been released. The latter is a major update to its free management platform.

According to Peter Zaitsev, Co-founder and CEO of Percona: “MyRocks has proven to be a superior storage engine for high-volume, write-intensive applications, and we are proud to be working with Facebook to include MyRocks in a package that delivers all the other advantages of Percona Server for MySQL, including greater performance, scalability, availability and visibility.”

MyRocks is targeted at applications such as data aggregation, IoT, transaction logging and billing systems. These are typically systems where companies invest very large sums in hardware and software licenses to meet performance demands. MyRocks takes advantage of the RocksDB key-value store.

RocksDB uses a log-structured merge-tree which holds key-store or index data in multiple locations. Typically this means both in-memory and on-disk at the same time and may even mean multiple levels of each. This means that it can accommodate very high record inserts through the in-memory store. As the number of changes hits key thresholds, they are merged into other stores.

This is not a new technology. Apache Cassandra uses it as does MongoDB , LevelDB and several other database engines. It is also used by several social media companies to deal with the very high volume of posts they receive. Facebook and LinkedIn are both known to be using the technology. What is new here is that Percona is using the technology with MySQL.

Importantly, RocksDB is also optimised for working with SSD drives. As organisations have sought to speed up their underlying hardware, they have move the bottleneck to the applications. Percona believes it now has the best solution in the MySQL space to resolve this.

As databases get larger and faster, there is a need for better monitoring and management tools. Percona has released v1.3 of its free Percona Monitoring and Management (PMM) tool. It is aiming this squarely at DBAs who are struggling to tune their databases. The timing of this release is interesting.

At OracleWorld, Larry Ellison is expected to give more details of Oracle’s new database solutions. Ellison recently described it as:  “the world’s first fully autonomous database…totally automated self driving system that does not require a human being either to manage the database or tune the database.”

Percona is not going that far with its support for MySQL. It is also highly unlikely that Ellison will allow this technology to be integrated with the version of MySQL it controls. Among the details of this announcement Percona is going to use the MyRocks storage engine to analyse performance metrics from Percona Server for MySQL.

Five things that Percona is supporting with PMM 1.3

There are five things that Percona has called out as important with its release of PMM 1.3. They are:

The market for open source databases continues to grow faster than that for traditional database tools. This is being driven by the likes of Facebook and AWS with their own database technologies. Percona is looking to bring some of that scale-out and performance magic to a much wider audience. It will see this as its chance to grab a large share of that market.

Customers should like what has been announced. The potential here is substantial, not least in the ability to build open source databases capable of supporting very high volumes of transactions.