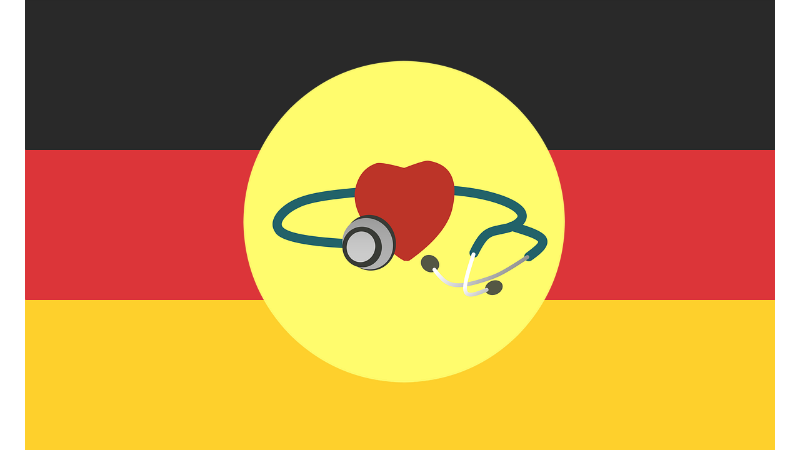 The digital transformation of healthcare is a global phenomenon. It is vastly seen as a means to making healthcare delivery more efficient, safer and more encompassing of patient needs as well as their involvement. Nevertheless, some countries are faster at embracing the changes and setting up a more favourable regulatory framework – often linking IT adoption to a financial stimulus / penalty payment scheme. Other countries have more catching up to do.

In Germany, where I live, the digital transformation of healthcare has been hampered by several factors. The leading impediments to progression are not uncommon, namely: the late establishment of a regulatory framework (which has been partially remedied with the 2016 E-Health Law); security and privacy concerns; major delays in rolling out a digital infrastructure connecting the healthcare stakeholders and a stagnant development of the electronic patient record system.

The times, even for Germany, are a-changin

However, healthcare is not static, and stakeholders are actively advancing the digital transformation, creating momentum for the digital cause with the government finally following.

This year, Germany’s annual digital summit, which took place in June in Ludwigshafen, was devoted to digital health for the first time since its inauguration in 2006. Since the Rhine-Neckar region is one of the leading life-science regions in Europe, as Dr. Ursula Redeker, CEO, Roch Diagnotics, pointed out, the region was well-suited to host this year’s summit.

What has also been altered by the digital transformation of the healthcare system is the patient’s role. This shift is reflected in the rising acceptance of the notion of an electronic medical record (EMR). In the opening speech of the summit, Winfried Holz, CEO of Atos Information Technology, emphasised that in a recent survey of German citizens, 60 percent of respondents disclosed that they wanted to use an EMR, with 74 percent of them wanting to determine which physicians would be granted access to their records.

The patient is mature: what’s holding them back from managing their data?

” When it comes to patient data, we have not yet reached this century, but are still tight to the structures of the past century in which the doctor had the authority over patients’ data”. Von Kalle pleaded, “The patient is mature, and by leaping into digital healthcare delivery he anticipates transparency, efficiency and comfort in its wake”.

Nevertheless, EMRs are still ailing in Germany and they are far from being digital repositories for an individual’s medical and other health-related information. According to current law, patients are not even allowed to have access to their medical data unless a treating physician is physically present.

Nor have attempts to establish electronic personal health records gained ground. The most prominent examples in this field were Google Health (a service that allowed individuals to store and share their health data with others free of charge) and Microsoft’s HealthVault. Google Health, introduced in 2008, retired 1 January 2012. Microsoft’s HealthVault, which has been on the market since 2007, is still available, but has never reached large scale deployment.

Trust and regulation ingenuity: self-governance of data in the cloud

Now, a decade later, the idea of individuals owning their medical data emerged again at the Digital Summit. This time, the Hasso-Platter Institute (HPI) in Potsdam (Hasso Platter being one of the founders of SAP) is behind what it calls “Gesundheitcloud” or “health cloud”, which is not to be confused with Salesforce’s offering under the same name.

HPI’s solution – developed by computer scientists and medical experts at the company – will allow patients to integrate or merge their health data from different data sources and store and manage those securely. These sources can be as diverse as medical labs or information from digital fitness equipment. HPI assures that storage, which is centralized in the cloud, is subject to the most rigorous security requirements. Users can decide for themselves on a case-by-case basis whether they want to make their personal data available and, if so, to whom.

This remarkably gives individuals a complete overview of their health data. The individual has control over which doctors, relatives or health careers may use their personal data. After all “The patient has the right to his own data,” explains HPI founder Professor Hasso Plattnerone of those behind the project at the Potsdamer excellence center.

Unsurprisingly, he addresses the wound from which the Google Health solution has suffered: A lack of trust in the integrity of the platform!

It is why Plattner emphasises the point that the health cloud has delivered a not-for-profit platform operated by a not-for-profit organisation thereby establishing the necessary confidence in data that it will not be abused.

A positive revolution for the future

“The digitalisation of the health system and the establishment of a health cloud open up many new possibilities,” said HPI Director Professor Christoph Meinel. Through the access to a complete patient history, doctors (so long as they are authorised by the patient) could discover new relationships and adapt the therapy more closely to the specific patient. Meinel also hopes that “Research on diseases such as cancer could also benefit greatly if at last there was an option to make the data available anonymously”.

It also opens up a new bond of trust between doctors and patients, one that shifts the balance of authority: Doctors will not necessarily have an automatic right but will have to earn the trust of their patients if they want access to their data. This shift must surely re-establish and transform the relationship between doctor/healthcare provider and patient. The outcome may indeed lead to a positive revolution in the healthcare industry.

Currently, the health cloud offering is being tested in more than 20 facilities, before being introduced to the market in 2018. Its success will depend to a large degree on how user friendly the offering is. In short, important questions will need to be addressed. For example: What will the User eXperience (UX) be like? Will ordinary “Joe or Jane public” be able to derive any value out of this offering? Will they be able to use it without extensive training? More crucial, will General Practitioner (GP) practices and clinics be forthcoming with clinical documentation in digital format?

As always, the experience of using HPI’s health cloud in practice will determine the likelihood of widespread adoption.  Success will be further bolstered by a patient base that is sufficiently informed about the wider implications their anonymised data could have for health population purposes or to advance medical research.

Positively though, given all the delays on the rollout of the digital infrastructure and the electronic patient record in Germany, consumers might just welcome this option, especially when the data is in not-for-profit hands.

Cornelia has 20 years’ experience in the IT industry, researching the use of IT in selected industry verticals. Since 2008, she has specialised in the international healthcare market, Before then, her field of expertise included IT services, public sector, consumer electronics and telecommunication end devices.

Three finance insights that will pave the way to business recovery

The post-pandemic impact for Service Provider Networks in 2021