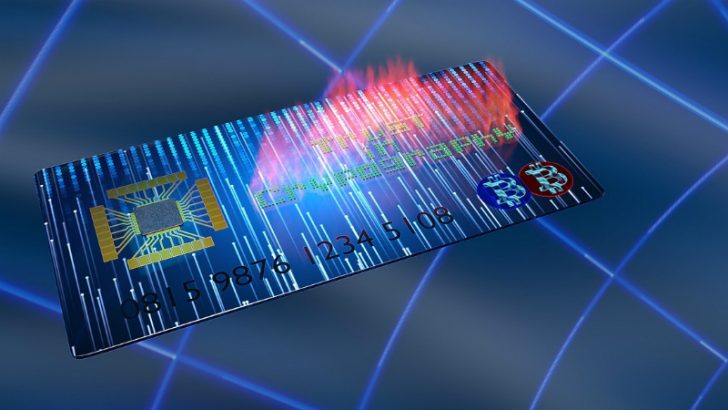 BCC (Bitcoin Cash) has split from BTC (Bitcoin), with a myriad of unknown implications. ET has decided to offer a brief revisit to the BTC, BCC and blockchain in the hope of maintainin some clarity in a murky world. The objective is to segregate BTC and BCC from the significance of blockchain. For enterprises, blockchains should supersede BTC/BCC in its importance.

The first issue to address is that BTC and BCC are virtual or cryptocurrencies. They belong to the ‘family’ of alt-coins. But neither have the formal backing which a fiat currency possesses.

The blockchain is the mechanism, the electronic ledger, which records possession of BTCs or BCCs. It has some characteristics which are novel and relevant. For example its benefits include: security, immutability, accessibility and transparency – all values much appreciated in today’s complex business environment.

Fiat currencies are those like the US Dollar, the British Pound or the Euro. They are created by fiat at the behest of some instrument of government like the US Treasury, the Bank of England or the European Central Bank. Governments authorise these institutions to issue such currencies and stand behind them. In theory ‘sponsoring’ governments will always pay out via some unit of value. That used to be gold.

Today little, except a government’s reputation, backs a fiat currency. Worse, central banks can print money when they like. The most egregious instance of this in recent times occurred in Zimbabwe where the Central Bank eventually issued a ZW$100 Trillion banknote (it didn’t last long). In a different era, in the 1920s and 1930s, the Reichsmark suffered a similar indignity, with catastrophic consequences (its devaluation contributed to the rise of Nazism and World War II).

As such there are those who regard fiat currencies, though in common use, as fundamentally flawed and inherently unsafe. One of those was ‘Satoshi Nakamoto’, the anonymous ‘inventor’ of the Bitcoin and its blockchain.

Virtual currencies such as BTC and BCC

When ‘Satoshi Nakamoto’ conceptualised BTC, he placed a limit on the number (of Bitcoins) that could ever be in ‘circulation’. He established a limit of 21 million Bitcoins which would be ‘mined’ over time by those who processed transactions onto the underlying ledger (what we now know of as the blockchain). By placing a finite limit, on the number Bitcoins available for mining, he hoped to overcome fiat currency risk. A key element in his vision was that Bitcoins can be infinitely divided, if there is a willing recipient.

In all this, a Bitcoin is ethereal or virtual. It possesses no physical form, only an entry in the ledger. To prevent corruption of the record the key elements of the ledger involve encryption and distribution of the ledger across many systems. A transaction only becomes valid when there is a multiparty agreement to add a transaction to the blockchain. If one copy of the ledger does not agree with all the others, that indicates an accuracy issue.

To participate in BTC, or BCC, you must have a digital wallet. At a BTC, or BCC, exchange you buy (or redeem) BTCs, or BCCs with conventional currency. This converts to BTC or BCC. Your balance processes into your wallet once it exists on the blockchain. You can then spend your BTCs, or BCCs, from your wallet (and you can split a BTC or BCC if you wish to make payments for less than a BTC or BCC). This has fueled both legal and illegal markets (the most infamous of the latter being the Silk Road, now closed down).

Miners underpin the whole BTC, and BCC, ‘system’. It is their calculations which ensure the integrity of the blockchain. According to Bitcoin.org: “Mining is a distributed consensus system that is used to confirm waiting transactions by including them in the block chain. It enforces a chronological order in the block chain, protects the neutrality of the network, and allows different computers to agree on the state of the system. To be confirmed, transactions must be packed in a block that fits very strict cryptographic rules that will be verified by the network.

“These rules prevent previous blocks from being modified because doing so would invalidate all following blocks. Mining also creates the equivalent of a competitive lottery that prevents any individual from easily adding new blocks consecutively in the block chain. This way, no individuals can control what is included in the block chain or replace parts of the block chain to roll back their own spends.”

The essence of the blockchain in the BTC/BCC context is as described above. But the blockchain concept, though largely promoted for BTC, has deeper and broader implications.

A ledger which possesses the qualities of security, immutability, accessibility and transparency would be a blessing in a world suffering from a surfeit of ledgers. Most organisations, with the possible exception of governments, possess some form of master ‘Nominal Ledger’ where all accounting entries end up, as balancing debits and credits in a double-entry bookkeeping system.

Paragons of the computer age, for example SAP and Oracle, have made their mission the capture of this accounting information. They achieve this via huge, and hugely expensive, complex software systems. For each individual organisation this can work well. But my ledger does not talk to your your ledger (not even if we are both SAP or Oracle customers). Moreover, most wish to keep their ledger entries confidential.

This has promoted the roles of banks, and institutions like SWIFT, to become intermediaries between organisations. They offer, and charge for, services to effect the transfer of value (like payment of an invoice) between customers.

Blockchains offer the possibility that today’s cumbersome ledger systems might see replacement with blockchains which all could trust. These might comprise public blockchains, where all is transparent, or private ones where only the ‘participating members’ can add to or  inspect the recorded transactions.

This explains why so much effort and investment is occurring in blockchains. The hope is that new, safer, more reliable ‘ledger-keeping’ will unleash productivity and transparent interconnectivity in the enterprise world. If reliable and secure, the possibilities seem to be endless. Only recently ET wrote about knowing where your steak comes from; where such a mundane example can use blockchain technology as proof of the validity of the food chain. As this demonstrates, blockchains have relevance outside finance and accounting.

BTCs, and now BCCs, exist as an alternative means to pay with or receive virtual money rather than fiat currency. Both BTC and BCC depend on a blockchain, which is where some problems start. For example, the BTC blockchain is now enormous, at over 126GB. What size would a private blockchain for a major bank with millions of transactions a day, for instance, require?

To address this there are a host of initiatives, for example Ethereum and HyperLedger. These aim to address the scaling problem which BTC has hit, with its 1MB block limitation (BCC seeks to overcome this with an 8MB block size).

Ethereum and HyperLedger also hope to address a bigger issue, which  concerns distributed consensus. This has two dimensions. There is the coordination/calculation effort to place a validated transaction on a blockchain. It can now take days or even weeks for BTC to reach consensus that a transaction appear on its blockchain. Delay affects confidence as well as the ability to transact.

There is also the fear that a small number of BTC miners could connive to gain control of the BTC blockchain. This matters (and not only to BTC). If such a group obtains >50% of the consensus forming computing capacity, that group could unilaterally agree to change data, thereby dissolving the immutability of the blockchain. This, among other consequences like ‘taking’ your virtual money from your wallet, would destroy trust in the blockchain record. Ergo, not all is sweetness and light in the blockchain universe.

BTC and possibly BCC, as virtual currencies will continue.

Blockchain development for enterprises will continue.

What is important to appreciate is that these are different beasts, even if they have in common blockchain concepts.

While a disaster in BTC or BCC might threaten confidence in their respective blockchains, this should not affect mainstream enterprise blockchain research or even adoption. Too many have invested too much to let the blockchain concept sink (though there are many central banks which might breathe a sigh of relief if hypercurrencies died).

Ironically, the greater threat, as a subsequent ET analysis will explore, to broad distributed ledger acceptance (in the blockchain form) may come from a much simpler inhibitor.

NB: This analysis in not intended to be absolute. It is , as the headline says, a ‘brief revisit’ (of the potted type) to BTC, BCC and blockchain.