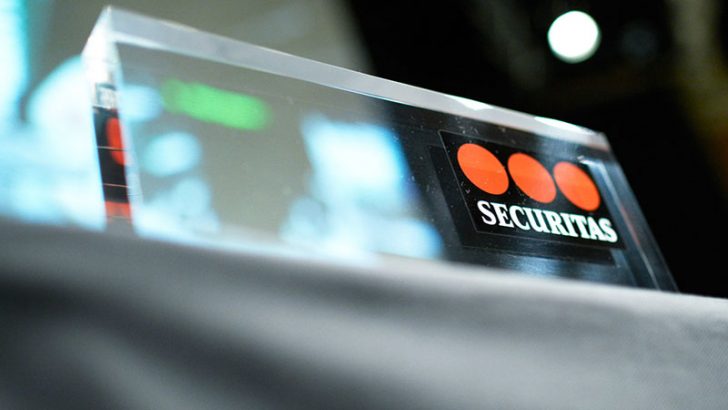 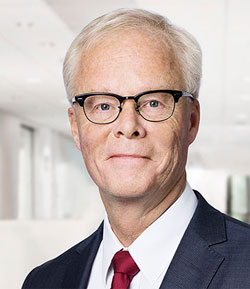 Alf Goransson, CEO, Securitas AB has become one of the highest profile victims of identity theft. The news broke yesterday when his employers announced that a court had declared Goransson bankrupt. For a listed company this sort of news would, typically, send its shares price into freefall. It didn’t.

The reason is the company managed both its reputation and that of its CEO. It announced the bankruptcy and said it was going to appeal immediately. By the end of Wednesday the bankruptcy was set aside. The result: Securitas AB saw its share price rise 1.37% by close of play.

What happened to the CEO?

Goransson joins over 12,500 people who have had their identities hacked in Sweden so far this year. The hackers stole Goransson’s identity sometime in March. The theft was then reported to the Swedish police in early April. By then the hackers had used his ID to take out a loan. The size of the loan and whether it has been repaid or written off is not known.

Despite the police knowing about the identity theft Goransson claims the loan company did not contact him before filing for his bankruptcy. This led the Stockholm District Court to make him bankrupt, because he was unaware of the petition and was not there to defend himself. This is not a surprise. Bankruptcy is a civil, not a criminal, matter. There would be no reason for the court to know about, or have access to, the police report.

Securitas AB yesterday presented all of this to the court. It said: “The decision by the Stockholm District Court is based on a falsified application.” It went on to say: “…the decision will be appealed to the Court of Appeal immediately today.” That appeal was successful. The fallout, however, is only just beginning for Goransson.

Talk to victims of identity theft and you find similarities. The first a victim often know is when a catastrophic incident occurs. It could be bailiffs turning up at their house, passports being declined when checking in at an airport or an estate agent turning up to value their house. Even when they are aware of what has happened and have reported it to the police it doesn’t end there.

Victims can spend years and thousands of pounds (or Krone) trying to ‘retrieve’ their lives. The problem is that the theft never really goes away. The details of victims are sold and resold on the dark net. They are continually used, with slight changes to the data, to perpetrate additional frauds. This means victims have constantly to defend themselves. They cannot move on.

ET spoke to one victim who said that, five years after the initial identity theft, criminals still used the stolen details. The victim had informed the police and the credit reference agencies when the identity theft occurred. That hasn’t stopped criminals from regularly taking out mobile phone contracts, short term loans and buying goods on credit. With the criminals making subtle changes to the data, the credit reference agencies constantly miss opportunities to stop the next fraud.

Will this affect Sweden’s move to an all digital economy?

No. Sweden is one of the world’s leading digital economies. It wants to see an end to cash. Retailers supporting this. There are shops, museums and other places which no longer accept cash. This has helped reduce robberies and theft. It also means all payments can be tracked, which has diminished tax ‘leakage’ (from cash in hand payments).

In parallel, Sweden has made more information available digitally than any other country, except perhaps Baltic neighbour Estonia. It is relatively easy to find out information about other people that would be highly guarded in other countries. Much of that information is ideal for hackers and identity thieves.

Until last year there was no criminal offense in Sweden covering the theft of someone’s identity. That changed in late 2016 when the government introduced a new law. Since then the number of people reporting identity theft has risen rapidly.

Securitas AB acted quickly and decisively to dissipate the impact of this particular identity theft. From making the news public to a obtaining resolution from the Appeal Court took less than 24 hours. From a public relations and reputation management perspective, this is good news. It meant investors didn’t panic. Having the bankruptcy set aside meant it did not have to scramble and replace its CEO. This is a lesson for all enterprises.

For Goransson the effects will likely be longer-lasting. As we do not know exactly what details were stolen or how, it is probable he will face other instances of fraud in his name. However, given his high profile. he may be able to hope the credit agencies will apply some intelligence and watch for fraud more carefully than they might for other members of the public.

There is also a warning here for societies that want to make cash irrelevant. They need fast and robust mechanisms to handle identity theft and its consequences. Identity theft remains a crime: