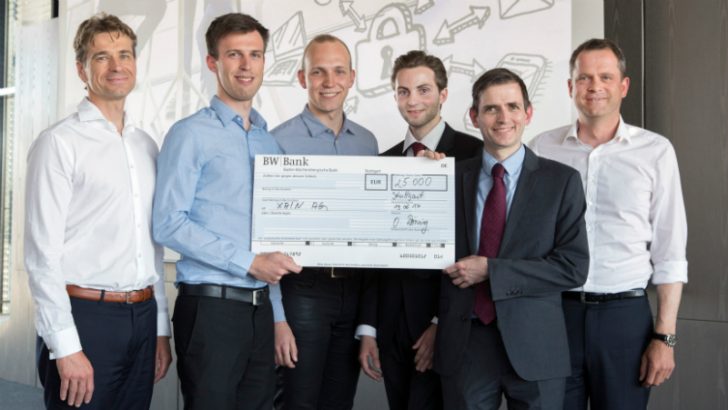 In March Porsche announced a contest to focus on blockchain technology. The winner would:

Porsche has announced the winner. It is Xain which recently moved to the Center for Aerospace & Astronautics III in Berlin though it was founded from an AI research project at Imperial College London and The University of Oxford.

“We aim to gain new perspectives on the disruptive potential of the transaction system blockchain from the start-up scene,” says Martin Roth, Manager for Strategy, Finances and Risk Management at Porsche.

The central question is to what extent using the technology in the value chain of the company is useful and feasible. The collaboration will kick off with the three-month pilot phase. During this time, a concrete prototype of a blockchain-based application is supposed to be developed.

Blockchain is a type of digital ledger for contractual transactions between computers. Originally developed for the financial world it uses a decentralized and extremely transparent booking system. This has the potential to extend to the trading of shares, cars, houses, or anything where there is some type of contractual transfer.

Leif-Nissen Lundbaek and Felix Hahmann founded Xain AG in Wildau. The software company concentrates on the development of blockchain systems to provide solutions in the areas of artificial intelligence, machine learning, and data analysis for industrial production.

The focus of Xain lies in the application of this machine learning and AI-based products to lie on top of its ‘Governed Blockchain’ optimization framework. Xain achieves what it calls ‘blockchain Intelligence’ by combining data analytics algorithms with a novel mining process. This gains a secured consensus, while computing real-time analysis in distributed smart contracts.

Initially Xain’s focus will be on industrial production and financial auditing processes to deliver quality optimisation. Other forms of potential long-term collaboration can come later

“SpinLab – The HHL Accelerator” will provide an extension to the field work between the sports car manufacturer and Xain. Located on the premises of an abandoned Leipzig cotton mill, SpinLab not only offers office space in a creative environment but also support in the form of individual coaching sessions over the course of three months. There is a close link with Porsche’s Leipzig plant.

Most associate blockchain with fintech. Initiatives, like this Porsche one with Xain, confirm that blockchain interest is moving beyond its original finance sector boundaries.

As noted above, blockchain ‘has the potential to extend to the trading of shares, cars, houses, or anything where there is some type of contractual transfer’.