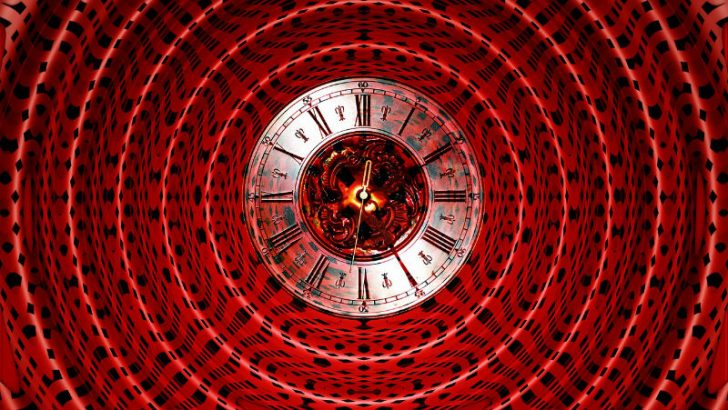 Adaptive Insights published their quarterly global CFO Indicator report. Enterprise Times spoke to Rob Douglas, VP, UK and Nordics about the report and Adaptive Insight’s  growth. The report focuses on seeking to understand where the CFO is in his current thinking about corporate performance management (CPM). There were some interesting statistics to draw out of the responses.

What did become clear, both looking at the report and talking to Douglas, is that the number of respondents was not that high considering the possible population. The survey was responded to by 281 CFO’s from across several countries. Adaptive confirmed that the respondents were based in Europe, North America and ANZ. Unfortunately, there was no demographic split by country or industry vertical. This was disappointing, as comparing where the US vs UK vs Nordics may have been interesting.

According to the survey “77% of CFOs admit that major business decisions have been delayed due to stakeholders not having access to data in a timely manner.” However, “two-thirds of CFOs believe that their organizations operate with enough agility for today’s business climate.” This seems odd and we challenged Douglas about this dichotomy.

He replied: “I agree, I saw that dichotomy in there. People think they are reasonably agile but then also say that they are not fast enough….There is a difference between what people see as being agile: being able to change and be flexible and speed at doing the task. Our recent surveys have said that “the data manipulation piece takes up way to much time in finance people.”

So how bad is the situation

Pretty bad. There are two key impacts here. The first is that reports take too long to prepare. 47% of respondents said that reports are taking 11 days to prepare and 60% of CFO’s said adhoc reports can take up to five days. Douglas confirmed that the reports mentioned in the survey refer to monthly board packs and regular reporting outputs. The second problem is the resources tied up in producing this information. Reporting and data gathering takes 53% of finance teams time alone.

So is there a reason behind this. According to Douglas: “A lot of companies are pushing into lots of other data, whether that be Salesforce.com data, HR data, web site data. There is a lot of data analysis. They are connecting into 4-5 different data sources to pull together those management packs.

“They don’t just want P/L and cash flow, they want other non-operational KPI’s such as headcount, customer satisfaction no of website hits. Whatever is driving their business.”

With many vendors driving towards real time reporting through dashboards it was surprising that CFO’s seemed happy with a turnaround of a day for ad hoc reports. They stated that this was the objective. Douglas seemed to concur with the survey, his anecdotal experience led him to comment: “I wouldn’t say real time reporting in the finance department is so strong.”

It will be interesting to see whether that timescale reduces. While finance might take to the time for a considered response, no bad thing sometimes operational staff are looking for real time information.

As with most surveys that vendors produce there is a point for them doing so. The areas highlighted by the survey are where the Adaptive Insights solution helps organisations. It provides faster budgeting and forecasting capabilities as well as helping to produce faster reporting. We checked with Douglas about other data sources. Douglas confirmed: “We do have a data integration capability in the product that allows us to connect to other data sources such as Salesforce, NetSuite and general ledgers, anyone with an open database connector.”

There is an assumption that data ingested is clean though. This is a slight risk but companies will need to validate their data before they do that ingestion. Douglas argued that as this was specific targeted data, it would be clean, sales forecasts for example would be validated by sales managers.

So what will help

Interestingly the survey revealed that 49% of CFO’s want to see predictive analytics made available to them to help with their agility. Second on their list was dashboards and reporting. While Adaptive Insights provides the latter it does not have the former yet. This is an area where Douglas has some expertise, having worked at Cognos for several years. His view is that few vendors are able to offer true predictive analytics. As for Adaptive, he commented: “We are keeping a watching eye on how to deploy that (predictive analytics) into finance.”

While only 6% of CFO’s currently claim to have installed predictive analytics most want to have purchased it by 2020. It will be interesting to see how rapidly today’s systems deliver that.

This is potentially a very interesting survey let down by a lack of demographic information and clear questions. It highlights issues that smaller sample sets have with quantitative surveys and their results. Some of the insights drawn certainly need caveates. What it does indicate is that there is a strong market still for CPM (Corporate Performance Management) of the ilk that Adaptive Insights (and others) provide. The shift to evidence based decision making in business has created a market where innovative tools can thrive.

Adaptive insights has done just that in recent times, recently announcing a major expansion in the Nordics. Its 2016 results revealed revenues of $80 million. We asked Douglas how the UK is performing. He commented: “Adaptive Insights has 20 employees in UK. In addition, 20 percent of its revenue comes from outside of the US . In terms of focus for the UK, Adaptive Insights is seeing increased demand for cloud in the UK. It also leverages both partners and a direct sales force there to meet the demand.

Time is a commodity that no one has enough of.  What is clear is that organisations should consider implementation solutions that save them time.  This is no just to reduce the time cost that finance teams take to create and deliver reports and information to the business.  It is also to enable the business to make rapid, evidence based decisions on the best data analysis they can get.