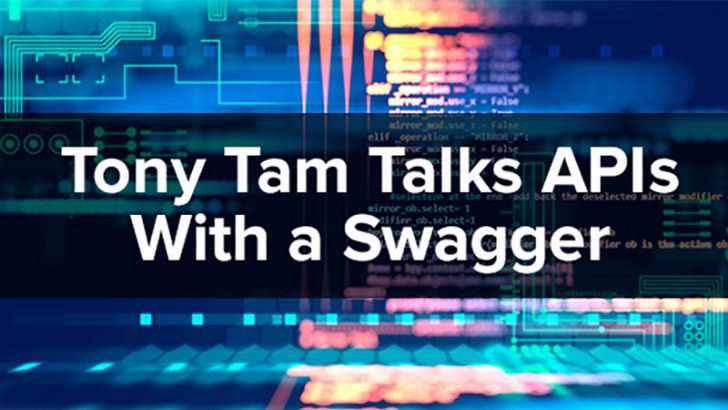 Tony Tam, Vice President of Products, Swagger met up with Enterprise Times recently to talk about APIs and Swagger. Tam describes Swagger as an Integrated Developer Language (IDL) for APIs.

There is a lot talked about how the future of IT and particularly software development is all about APIs. One thing that many vendors are now pushing is that end-users, not just developers, will be using APIs to build apps. This takes us back to the promise of object orientation from the late 1980’s. We were interested in how this would work and where the developer would step in.

Tam told us that SwaggerHub allows developers to describe how to create and consume an API. This is important if non-developers are going to understand how to best use it. The goal is to create a boilerplate environment. This, Tam says, opens up new use cases for microservices and security. One of the key things that Tam is trying to resolve with Swagger is automated code generation. He believes that earlier attempts were too ambitious and the underlying languages were not good enough.

One of the challenges is changing the mindset of developers when it comes to code size and code quality. It’s all about the size of enterprises. Tam is seeing new companies move to smaller code, smaller microservices and even Function as a Service (FaaS). However, larger companies are still trying to figure it out.

The reason for this, in Tam’s opinion, is the cost of refactoring code to change the size of the software deployment. Previous poor experiences also factor into this. The solution, according to Tam, is to be able to iterate on the design of the microservices. Doing this before the deployment lowers the risk of being locked in through bad choices.

APIs are also touted as the solution to Digital Transformation. For many companies that means taking all your code, turning it into an API and giving people access. Tam warns that there are a number of issues people need to think about. Data models and, the security of data that flows through the API are just two of them.

This was a very interesting conversation that should make a lot of people sit up and think about their APIs. To hear more of what Tam had to say listen to or download the podcast.