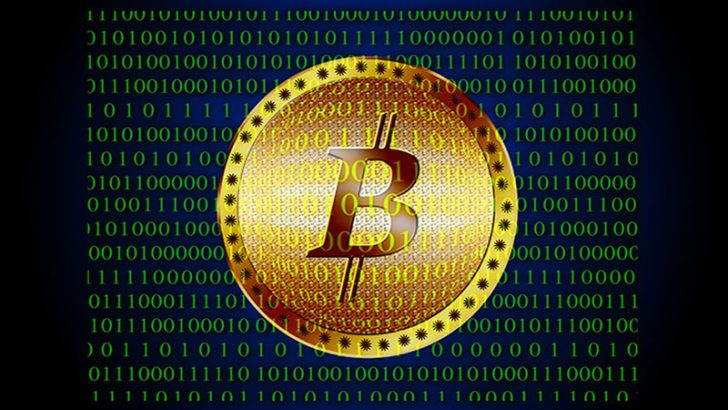 Cryptocurrency Bitcoin continues to hit new heights driven by demand from China. With recent falls in the price of gold, Bitcoin is now worth more than an ounce of the precious metal. As of today the morning price fix of gold was set at $1,243.20 per ounce. A single Bitcoin is priced at $1,278.77.

How high can Bitcoin go?

This is the second time in 90 days that Bitcoin has hit a new high. The last time was in December when it broke all records. Back then, there were several reasons for the growth. The surge in malware demanding payment in Bitcoin, companies buying Bitcoin, political shocks in the UK and US along with demand from countries like China. The Chinese government sought to dampen the price of Bitcoin in early January causing a drop for the currency. It has since recovered and shows every sign of sustainable growth for the foreseeable future.

The question now is how high will it go? The political and economic shocks in the UK, EU and US are continuing to rumble on. As Bitcoin continues to grow it reinforces a position as a safe haven for speculators. The problem with this is that speculation often ends in a crash. There are a finite number of bitcoins out there however so any crash may well be temporary and limited.

Bitcoin’s growth has led to price increases for other cryptocurrencies. There are now more than 20 of them around the world. As their value increases so do the attacks from cybercriminals. Bitcoin has come under sustained attack for some time. Another cryptocurrency, Monero, has been hit by a botnet mining scam. All of this suggests that there is a need for regulators to step in.

This is where regulators have a problem. Many are not keen on approving a currency that they cannot regulate and control. It was this sort of statement from the Central Bank of China that caused January’s temporary drop. Despite this, some countries have taken the plunge and accepted that they will approve cryptocurrencies and have started building regulatory frameworks for them. After all, once you regulate something you can tax it.

Other countries such as the US are playing a strange game. They appear unwilling to approve Bitcoin but are not stopping businesses accepting it. More importantly, they are spending Bitcoin’s seized in criminal cases. It creates an interesting paradox for them.

The challenge for cybercriminals

There is an unexpected side effect of this surge in Bitcoin. Cybercriminals who have demanded to paid in Bitcoin are sitting on a lot of wealth. However, it means that they have to constantly adjust the prices they charge for unlocking machines infected with Ransomware. If they don’t then an increasing number of people will refuse to pay because they cannot afford it. This will hit cybercriminals in the pocket. The challenge is how to keep pricing of malware attacks affordable? Even the bad guys have no real answer to this question.

Getting into Bitcoin is expensive. They are awarded for solving complex problems and the more problems are solved the harder and more expensive it becomes to generate more Bitcoins. This has driven the interest in other types of cryptocurrency.

Will we see Bitcoin go on to break $1,500 or even $2,000? Some are speculating on forums that these targets may be broken this year. If Bitcoin continues its growth path from the last three months there is every reason to expect it to happen. The old adage is what goes up must come down. In the case of Bitcoin it may be a long time before it does come down.