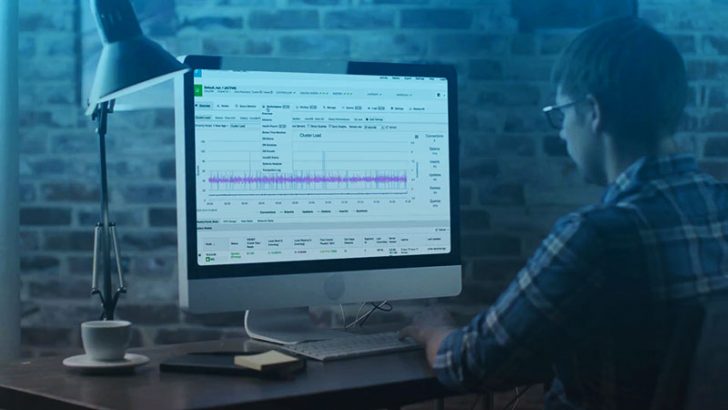 Vinay Joosery is the CEO and co-founder of Severalnines.  Severalnines provides automation and management software for database clusters. They help companies deploy their databases in any environment, and manage all operational aspects to achieve several nines availability. Previously, Joosery held the post of Vice-President EMEA at Pentaho Corporation – the Open Source BI leader. He has also held senior management roles at MySQL / Sun Microsystems / Oracle, where he headed the Global MySQL Telecoms Unit, and built the business around MySQL’s High Availability and Clustering product lines.

Vinay Joosery:   My father. I don’t know anybody with so much discipline. He just turned 70 earlier this year. He always gets up early every day and sticks to a routine. He does the things that everybody says are the right thing and he’s been doing that consistently for many years. That sort of discipline and even passion for what he does. I haven’t met anybody else like that, so for me he’s a role model.

Vinay Joosery:   Very much down on the sort of factory floor, so to speak, out there with people doing different things. I don’t like just talking strategy. I like to get involved or at least understand what people are doing, I try to contribute and even assist. It’s about understanding the challenges and trying to be an assistance rather than telling people what to do.

Vinay Joosery:   I have a ten-month old baby and I am leading a growing start-up. I live in Sweden, where women are at least as equal as men, so I am expected to do my shift as well. Work takes a lot of time, and trying to find enough time to do my part to take care of the family, try to keep fit and things like that. So trying to balance all these, that’s a big challenge.

ET:          What was your darkest business day, and how did you overcome it? And that doesn’t have to be at Severalnines.

Vinay Joosery:   One massive one was what is called InnoDB Friday. I used to work for MySQL. MySQL was quite reliant on a piece of technology to store data called InnoDB. It was the transactional storage engine in the MySQL server. It was a small Finnish company, and that company was acquired by MySQL’s first competitor at that time, Oracle. That was a big shock for everybody at MySQL. I think the way the whole company got together and worked around it, changing the architecture of the product to have less reliance on InnoDB. I think that was a very key thing that helped move MySQL forward then.

Vinay Joosery:   There’s been a few of them. This year on a personal level becoming a father. In terms of business, I was part of the founding team of the Telco business at MySQL. It was probably one of the most successful units that drove MySQL’s technology and business revenues.

Vinay Joosery:   I’m usually on emails around 6:30-7:00 am, so that I get that done before breakfast. There are some things to take care of, reviewing content that is going out so basically it is a mix. I usually don’t let it take more than half of the day. The other half is talking to different people in the company and talking to customers. I spend a lot of time with customers understanding issues or even on the sales side if there’s any assistance needed by somebody who is trying to solve certain issues with our technology.

ET:          What was the latest business book you read? Your favourite book or podcast?

Vinay Joosery:   I really like the book called “Zero to One” by Peter Thiel. It is based on a series of lectures at Stanford by the author. It basically tells you how to build startups and what are the issues you will find. Should you be contrarian in your manners in the market? How do different types of companies handle secrets and things like that. It also talks about the VC market, how it works, why so many people fail in raising money and why so many startups actually fail once they have raised money. I think it’s a very good combination of lots of theory combined with lots of real life experience.

Vinay Joosery:   Don’t concentrate or focus on raising money or spending too much money refining business plans or decks. Build the product and find product market fit. That should be your number one priority for a new start-up.

Vinay Joosery:   We found product market fit within probably one and a half years. Since then we’ve been growing quite healthily. Over the next 12 months, the challenge is how do we keep growing aggressively while keeping it organic? We have not raised any venture capital money so far. All the growth that we do is driven by the customers we bring in and the sales that we actually close.

We launched a cloud-based management platform for databases earlier this year. It helps people deploy and manage their databases on any cloud. The challenge is how do we work in the market and build the user base for that? We are going up against the likes of Amazon, IBM, Oracle, Google and Microsoft who all have their own database services on their clouds. How can we make a difference and acquire a strong following there? That will be another challenge.

Vinay Joosery:   I think that one probably is containers. Containers are extremely popular. They’ve been adopted by DevOps and by organisations who are building or rebuilding their infrastructure in the form of micro services. They are segmenting and isolating different services so that the company can move faster with their innovation. The databases have been sort of lagging behind there because of some technology, so that’s one of them, containers.

Another is intelligence in understanding and monitoring data to tell you what’s wrong. Not just staring at some graphs but talking to a system, and saying “hey, what is the problem with this database”? Then the system talking back to you. We’ve seen Google and we’ve seen Alexa from Amazon. There’s already the beginnings of technology where the actual interface is not a graph or a GUI, it is a natural voice. I think that’s something that will come eventually in the data centre. There’s already a lot of talk around ChatOps, where you actually chat with your monitoring system. You can do that with our system as well, you can deploy databases by just chatting to our system. You can ask it about the status of nodes and you get the answer through chat.

The third one is machine learning algorithms to help you understand trends and spot anomalies in your databases. Rather than you having to trawl through gigabytes of data and make sense of that, the system will just come back to you and say “hey, we’ve spotted an anomaly here”. For example, understanding when to scale your databases before it’s too late.

Vinay Joosery:   The best decision is when we had to jump through quite a number of hoops to actually hire certain specific individuals. I’ve done quite a lot of hiring at Severalnines. The CEO has to go and hire and the early team members have to be extremely, extremely good because that sets the level and the standard. The best decisions, at the beginning especially, has been hiring the right people and getting them productive. We would not be where we are today without those early people.

My worst decision? As a start-up we are self-funded. We needed to make money from day one and that’s exactly what we did. In a way, it is a bit of a double-edged sword. You are not able to work on things that might give you rewards at a later point. It’s something that has started to change, especially with NinesControl, which we launched last year. NinesControl is a service that we should have launched in 2015, or even 2014. I would say that’s partly my responsibility because we have been focused on acquiring customers and earning revenue, rather than let’s say burning some money on future initiatives that bring rewards after maybe three years.

Vinay Joosery:   The baby every now and then.

Vinay Joosery:   The worry piece is not growing fast enough. As a start-up you are fighting to be known.  We are a small start-up with pretty limited funds if you compare us to other large companies in the same space. Finding smart ways of growing, smart ways of getting ourselves known out there and acquiring more customers, that’s something that is a constant challenge. The bar is raised all the time. We hit a milestone and then there is another milestone that pops up.

Vinay Joosery:   When you’re VC funded, you have a plan to actually give the money back to the investors. We don’t have such a plan because we own the company ourselves and we want to make a very big company out of this. We want to keep growing organically and ultimately why not even go public at some point ourselves? But right now, the focus is really on just growing.

Vinay Joosery:   How do you keep your workforce, all the team members, motivated and going in the same direction? In a start-up it is a marathon and it is very intensive. As a founder it’s natural for you to have this fire but you need to someone translate this enthusiasm to the rest of the team and get everybody in the same direction. So how do you do that?

Vinay Joosery:   As I mentioned before, factory floor type of management. Really talking to people, understanding some of the challenges and always translating the high level objectives. Why is this particular task important to the high level objectives? I talk to everybody, sales, marketing, support teams, development teams, designers, and so on. These are all contributing to building a great product and then putting it in the hands of customers. Make sure everybody understands where we’re going. It’s not about cutting a stone, it’s about building a church.

Is synthetic data the key to greater data science use?

How will Kimble sustain its growth in the UK?

Chris Lalonde on carpentry and analytics