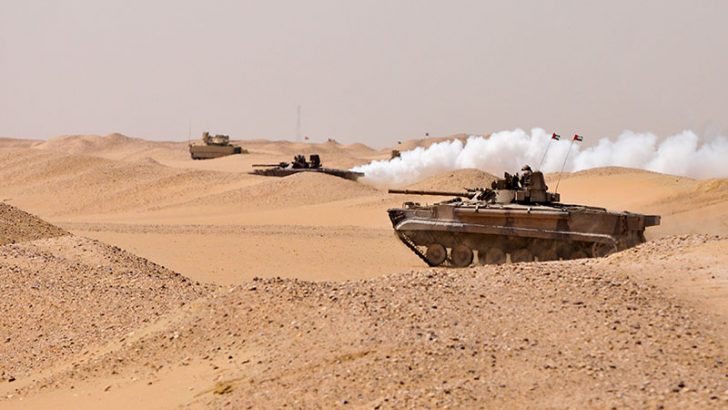 IBM has signed a deal with the US Army that could eventually be worth $62 million. It will see IBM build, manage and operate a cloud solution for the US Army. The contract is for one year with the option of four one year extensions. It has been issued as part of the Army Private Cloud 2 (APC2) contract.

IBM is to deliver an Infrastructure as a Service (IaaS) service for the US Army. It will be used to provide as flexible computing resource to support US Army operations. This is an interesting move by the US Army as it allows it to ramp up cloud resources based on operational needs. The US Army could also use this cloud to support training exercises which would increase its computing skills.

Lt. Gen. Robert Ferrell, U.S. Army CIO said: “With this project, we’re beginning to bring the IT infrastructure of the U.S. Army into the 21st century. Cloud computing is a game-changing architecture that provides improved performance with high efficiency, all in a secure environment.”

This solution will hold highly sensitive data related to live operations. As a result it required the contractor to meet Defense Information Systems Agency (DISA) Impact Level 5 (IL-5) certification. Last year IBM became the first IT company to achieve that certification. IBM claims to still be the only vendor who is DISA IL-5 certified.

The US Army has said it expects IBM to reach DISA IL-6 within a year. This will allow IBM to deal with data classified up to Secret. Given the requirements of IL-5 and IL-6, it is unlikely IBM will face much competition. This is something that the US military needs to rethink. Having a reliable and trusted supplier is one thing. Having a single supplier is not good for competition or for maintaining standards. In the case of the latter it becomes impossible to move a contract should performance levels fall.

No mention of US Army cyber ops

The US has a number of cyber ops teams. While this system is focused on providing IaaS for the US Army, there is also a security requirement. What is not clear is whether security will be outsourced to IBM or if the US Army will provide that itself. Given that this is about operational systems it will be a beacon for state sponsored hackers. This makes it an ideal training opportunity for US Army cyber security teams.

IBM has taken advantage of its DISA IL-5 status to win this contract. It has also committed to moving to DISA IL-6 within a year. This gives it a significant advantage over other IT companies as the US government continues to outsource IT.