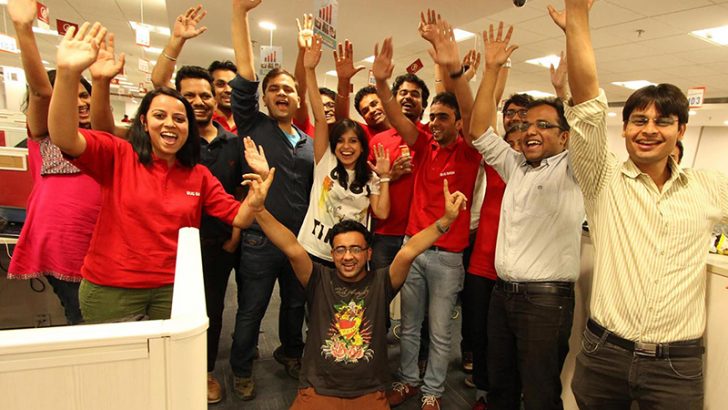 India’s largest online marketplace, Snapdeal, has launched its own cloud platform; Snapdeal Cirrus. Using three different data centers it has over 100,000 cores, 500TB of memory, 16PB of storage and a 100G SDN. The company describes it as both a private and a hybrid cloud and one of the largest OpenStack clouds ever built.

According to Rajiv Mangla, Chief Technology Officer, Snapdeal: “Snapdeal was born in the cloud, but public clouds stops being cost efficient after a scale, which became the case for Snapdeal sometime last year. In a short span of 10 months, we have succeeded in building an extremely resilient, scalable and secure solution. Snapdeal Cirrus is a fully automated software defined data center and cloud platform, where infrastructure is built and managed as code. We are extremely proud of what our team has achieved – Snapdeal Cirrus is one of the few successful examples globally of a large hybrid cloud built at a scale of public cloud, purely using open source technologies like OpenStack and Ceph.”

Moving away from public cloud due to cost

Snapdeal’s reasons for building its own cloud will surprise many. Public cloud providers have built their entire business model on being cheaper than internal IT teams. One reason for this is the use of hyperscale data centres with very low infrastructure costs. They are also highly automated and this gives them a very low staffing cost.

We do know from Mangla’s statement that Snapdeal has deployed Snapdeal Cirrus in 10 months. A major part of that is down to automation and treating infrastructure as code. This is good news for the ‘software defined’ movement and it will be interesting to see how this evolves.

Snapdeal does not say where Snapchat Cirrus is hosted. Is it using own data centres that it has owned or leased? This is unlikely. It would not only be expensive but would create dependencies on network providers and single points of failure. It is more likely that they have done a deal with a larger data centre or even cloud provider. This would make it easy for them to add/remove resources on demand. It would also mean that when it needs to use public cloud it is deploying across a high speed internal rather than external network.

Is this the start of a new cloud evolution?

Snapdeal is not the only ‘born on the cloud’ company with its own cloud. Xero, the New Zealand based cloud accounting company has built its own cloud albeit on the AWS platform. It was not cheap. Rod Drury, CEO, Xero gave attendees at Xerocon 2015 a view on what cloud has cost them. He said the company had invested over $250 million in creating its cloud platform. He also believes that it will be hard for anyone else to make a similar investment in the future.

Mangla has said that this is about being less costly than public cloud. It is highly unlikely therefore that Snapdeal has made that level of investment. This raises the question of how much have they invested? Also, what have they invested in? Xero has built an entire Platform as a Service (PaaS) and API environment on which it and its partners can innovate. This announcement from Snapdeal says nothing about a PaaS.

This is an interesting announcement and very good news for OpenStack. It shows that there are a lot of new companies willing to invest in building their own cloud. According to Jonathan Bryce, Executive Director of the OpenStack Foundation: “At more than 100,000 cores and 16 petabytes of storage, Snapdeal Cirrus is one of the largest OpenStack deployments globally. Retail is one of the fastest growing vertical markets for OpenStack, and Snapdeal is among a growing group of ecommerce players outside of North America who are embracing OpenStack and the open source approach in delivering services and innovation to their customers.”

Can Bryce take this announcement and use it to persuade more companies to build their own OpenStack clouds? Bryce said there was a need for more innovation, collaboration and duplication at the recent OpenStack Silicon Valley Days. Snapdeal has done the Innovation and one presumes the collaboration with whoever owns the underlying cloud resources. Can Bryce now engage with Snapdeal to create a template for other online retailers to build their own OpenStack cloud?